Things of the week 4

By which I mean from the last couple of weeks. Or three weeks. Or something. Look, I can't be expected to keep track of time, that stuff is hard and takes away valuable time that could be spent making more things.

First off some sketch commissions from a while ago. I am not yet officially taking commissions, but that doesn't seem to stop anyone (me included). Also if they happen to be ninja robots I am very likely to do them anyway because, dude, ninja robots. 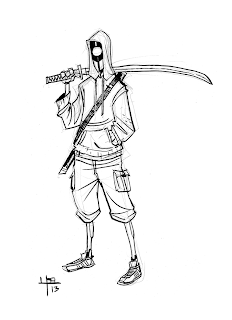 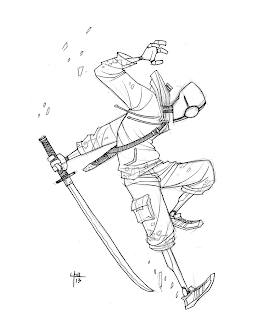 Marvin the dorf being dorfy (although *someone* forgot to tell me he had a giant warhammer in addition to the mace, but it's okay because at the time of the drawing he had dropped the hammer down a well. Har har). 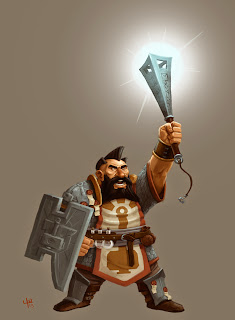 Karath the avenger of tempus. Robes man. Robes are tuff. Writing nonsense in fake languages on swords is fun though. 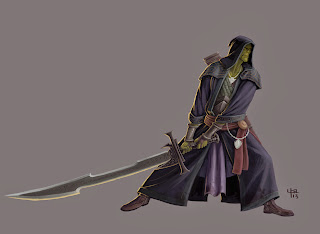 And here are assorted other things:
A dinosaur for my niece! She's one so I didn't know what to draw, then I figured this was an excellent opportunity to teach her about the important things in life, like dinosaurs and how to ride them to victory. 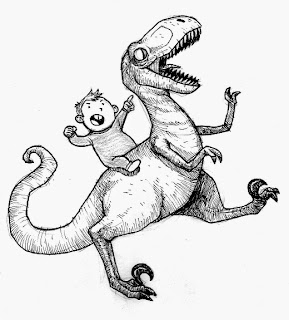 A face! This man is super bored! I got it from a mug shot picture, which may explain the look. I like the brush I used for once. 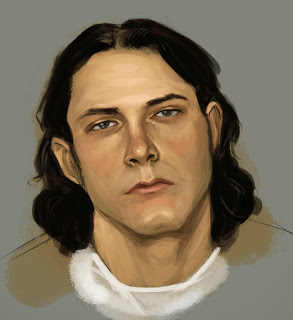 Another face! This one I don't like the brush I used, as per protocol. 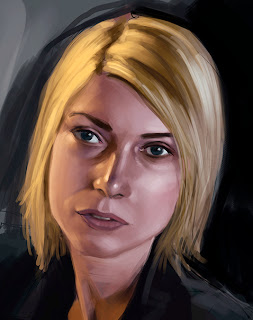 I don't know. Robots and stuff. 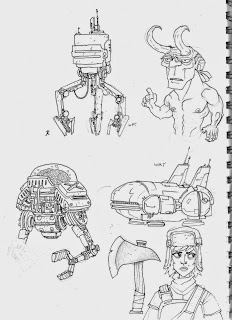 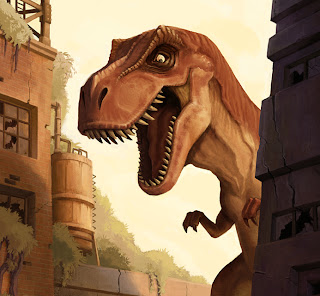 I'm just going to finish by dropping this here because I am way too amused by my new army of dinosaurs. DINOSAUR FINISH!