I feel bad for everyone on my facebook since we were 6 people on the team and we're all getting tagged over and over in the bajillion pictures that were taken, thus spamming this picture until it is printed on the back of their retinas.

But hey, it was fun times.
After two hours of fighting with paint (because acrylic paint hates me and the feeling is mutual), we ended with this: 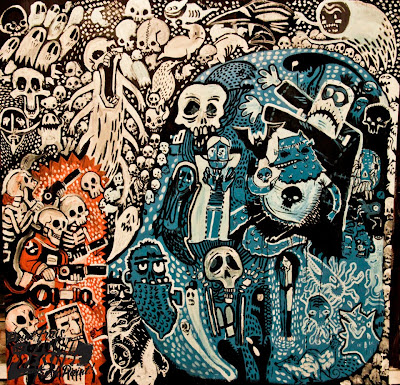 cab, spaceman willie, atomier, celia and kochcat are clearly the greatest drunken speed graffiti painting team in the known universe (I'm sure there's a better team on some planet made entirely of acrylic paint, but they're probably jerks).

You can look at the beaux degats gallery here to see the full scale of this insanity.

Fun times, but there were casualties.
Two skulls and a Penguin King were lost forever, as they stayed taped to the trashcan when they finally kicked us out.
One of said skulls is here, but alas, the others are only to be remembered in memory because no one took pictures of them. 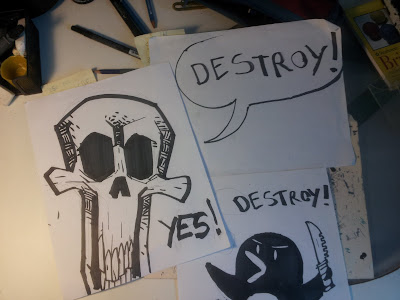 RIP Can Skulls and Penguin King.
There was much destroying, so you did not die in vain.
at 8:24 PM No comments: 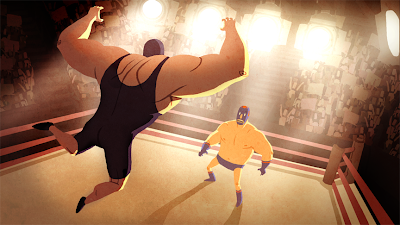 It's a little intimidating to have your shorts running on the same screening as Backwater Gospel, Chiens Isolés, and so many great other shorts, but hey, I think I have the luchador demographic covered.

Also I am not dead.
In case you were wondering.
I have merely turned into a sentient blob comprised mostly of coffee and calluses.