Yes yes, sketching still happens in between animating and pulling my hair out.
These are from an idea I had forever ago about wizards. Why? Because wizards (I think "because X" is my reasoning for pretty much everything).
So if I recall correctly, in this one there were wizards doing BATTLE (because what else would wizards do, come on), and then there was an apprentice wizard who did some magicky thingie and ended up with super soldier future people up in her grill. Hijinks ensued, and somehow it ended up with wizards with guns fighting future people with pointy sticks (which I didn't have time to sketch this week, but I promise there will be wizards with guns next week). 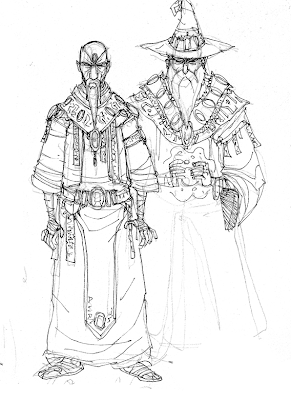 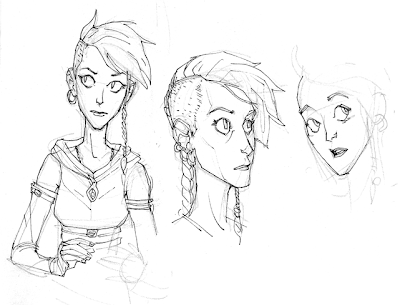 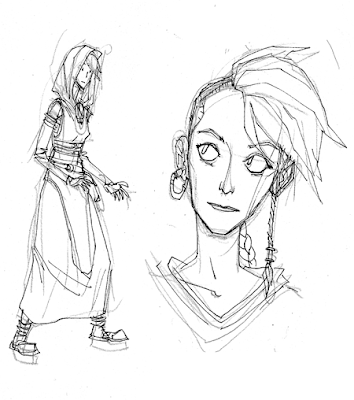 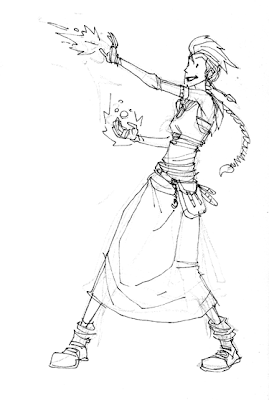 Then FUTURE PEOPLE who end up getting scruffier and scruffier until they turn into wizard fighting barbarians. So really it's like Outlander with less aliens and more wizards. 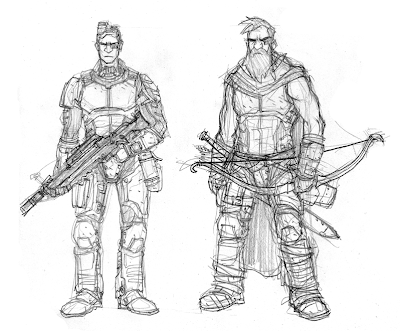 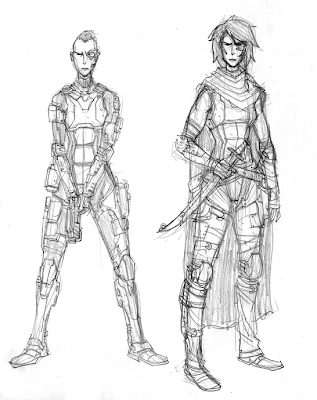 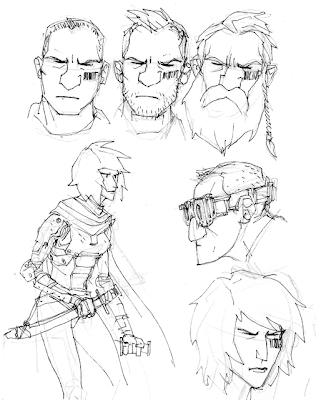 There was also some sort of rock monster involved, but my sketching time is limited these days and I have no time for rock monsters when there are wizards to be done.

Next week, on Velociraptor Love Tabasco: Wizards. WITH GUNS.
at 2:02 PM No comments:

Well, it's been a while.
I have decided that being dead isn't all it's cracked up to be, so hey, here's some sketches.
Because using your brain to come up with new things is hard (and also requires precious free time), I've just been drawing things from stories I came up with a million years ago. In this case, it's one about desert ninjas (because ninjas), giant wormy things (because Frank Herbert ruined deserts for everybody), flags (because flap flap flap flap), and some more desert ninjas (because more ninjas). 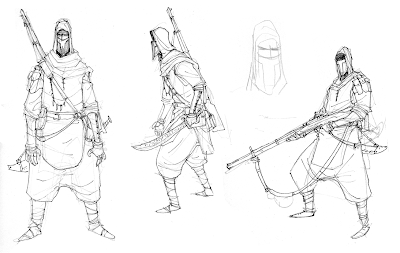 Old desert ninja with fancy desert bungalow thing. You wouldn't know, but there's a hole in the pillar, because "where do they poop" is one of those questions that haunts me when it comes to completely made up things. 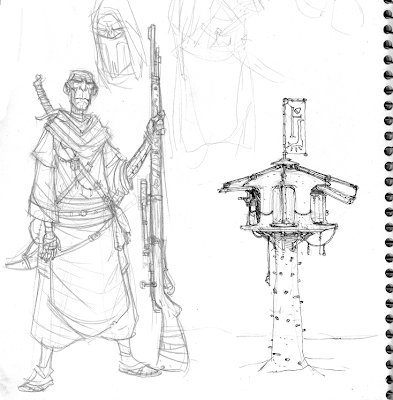 A man with a moustache. And pointy shoes. 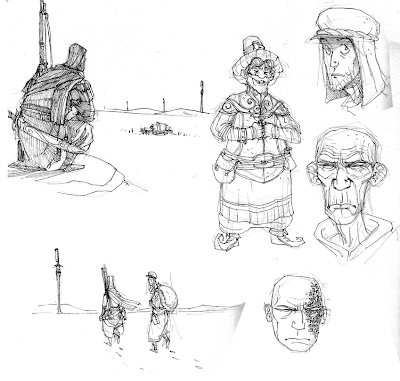 Another man with a moustache. He also has pointy shoes, because even in a desert full of giant wormy man eating things, fashion keeps up. 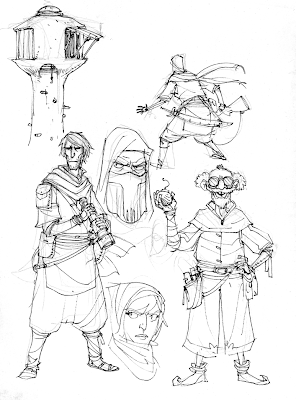 You can't see his feet, but I bet you he has pointy shoes. 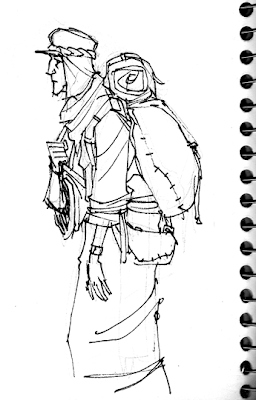 A gate. It probably goes somewhere, although I'm sure one day someone will build a gate that goes nowhere just to be a dick. 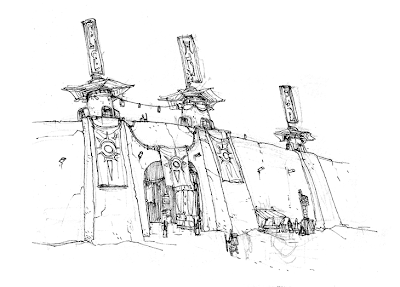 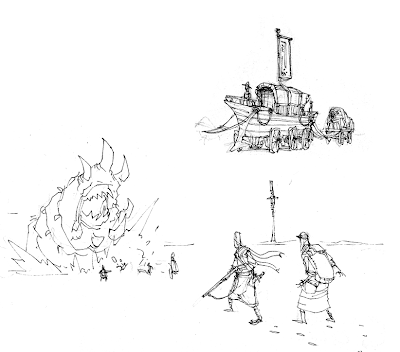 And that's all for this week.


But zomg, there's more.
These are from long ago, before I decided that free time was for suckers. 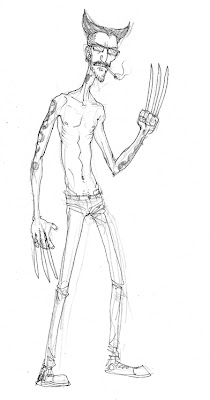 Blame Sam and her inability to describe things in a way that is not awesome.

I don't know where this one poops from, but I feel that the gas mask is somehow related to that answer. 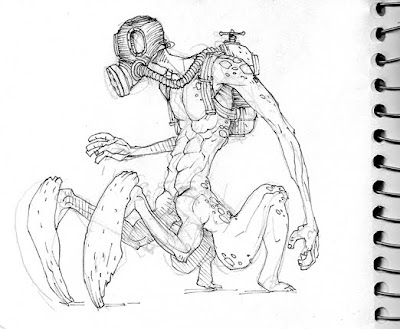 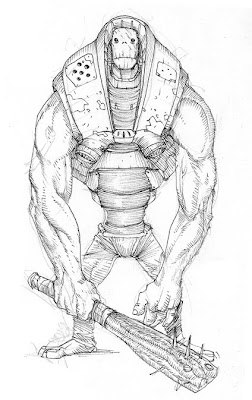 Why yes, these are all on my tumblr too, because I am all about clogging the intertubes with redundancy.
at 7:32 AM No comments: