Argh.
I am crushed under the weight of the late sketchification. Many things to do, most of which involve wood and splinters and which prevent the natural flow of sketching. So here's last week's late sketchosity. Blaaaaaaargh.

Skullhawk and Robocat. THEY FIGHT CRIME. 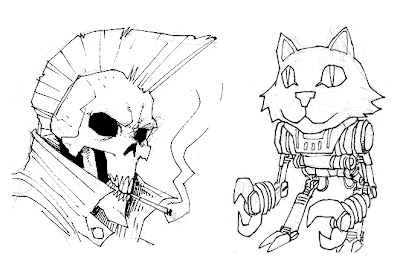 Spacetopus. Because in space, no one can hear you do whatever noise it is an octopus makes. I'm going to go with "woob woob" 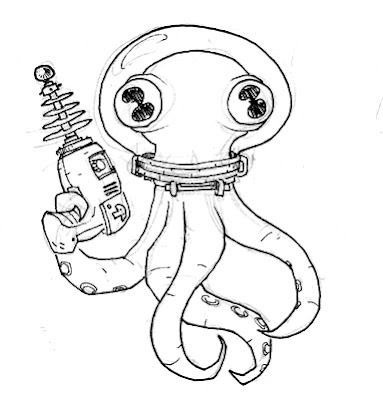 These days, this is pretty much a self-portrait. 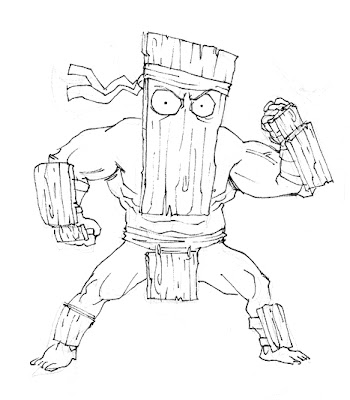 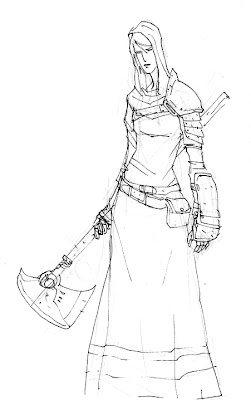 A bug with a gun, and skulls. One of the skulls is too happy, which is probably why the bug has a gun. Happy skulls are actually illegal in 57 countries. 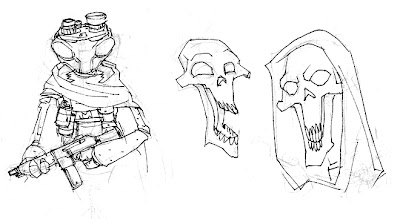 Yes. Bugs with guns are a thing now. 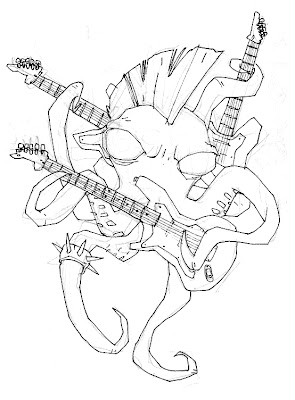 Onoes.
Brain is fried.
I will now return to bits of wood. It is the most exciting existence. Next week's round-up will probably be late as well because, well, wood. WOOD.

This post is late because I have been busy pondering how a bunny can lay eggs.
I have a theory, but it is pretty horrifying so I'll spare you the details. A cheese grater is involved.

On to less horrifying things (...or are they? dun dun DUN): last week's daily sketchosity.

Skeletor! The tiny, mighty, fashion challenged skeleton. Although I don't think he really counts as a skeleton what with all that muscly flesh on 'im. 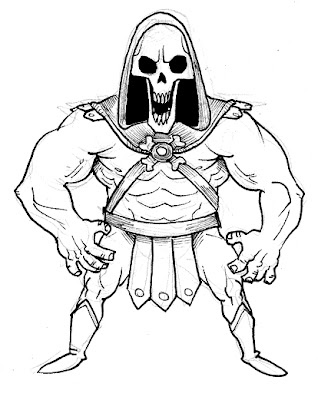 Thorsday! Viking bot lives only to destroy. His anguish is great, for he can never grow a beard. 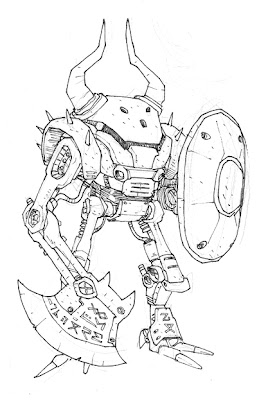 That's not a cannon, it's actually a parasol holder. This robot has very sensitive skin. 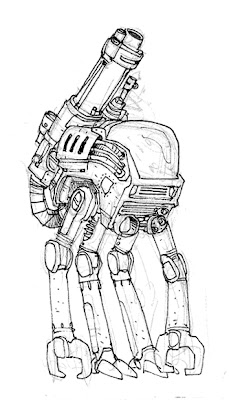 That's the gait of a man who inconspicuously ate the last donut and is trying to do that innocent half walk half run that instantly makes everyone in a ten mile radius aware that you did something you weren't supposed to. Seriously, just walk next time, the sneaky run never works. Especially when you have no flesh. 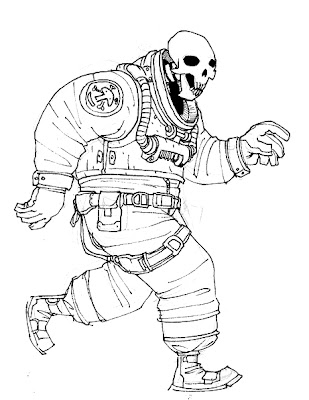 HELLO FRIEND. I AM FRIENDBOT. 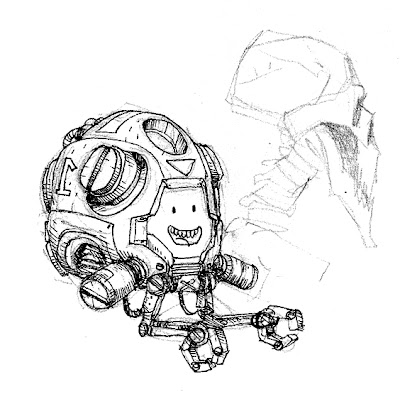 Clearly there is something valuable in that suitcase, otherwise there wouldn't be a giant spear wielding woman next to it. It stands to reason. 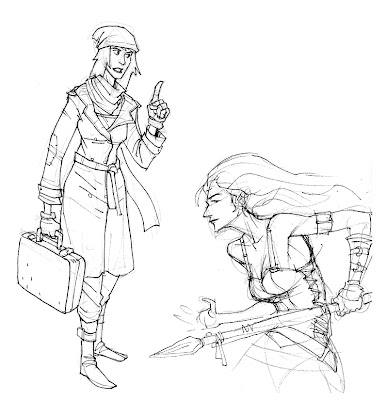 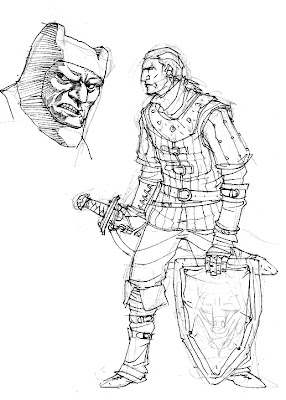 And that is that.
Or maybe this. That may be this, but it's more likely to be that. Just sayin'