There, done.
Yes, I half assed it the whole way like you're supposed to for 24 hour comics. It's in the rules, if it doesn't look half assed you are disqualified and a company man shows up at your house and shoots your dog.
I am still disqualified for not finishing on time, but I don't want him to shoot my dog.
Wait, I have no dog.
He would probably still shoot something though. 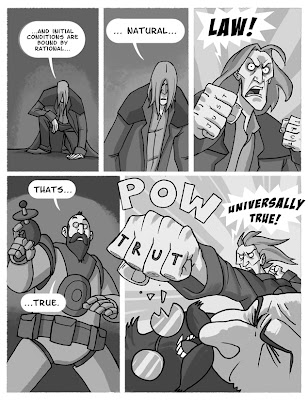 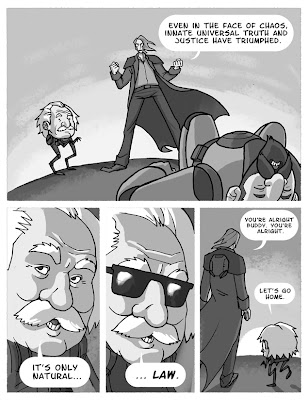 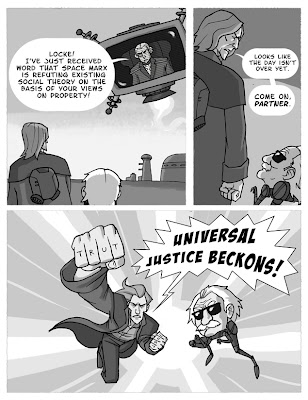 Drinking game: Take a shot every time Trut and Just switch hands. Better try it with some absinthe or something, because it doesn't add up to that many shots.


"but that's only 23 pages!" I hear you say. Well, no, I don't hear you say that, because if I did hear you say that, I would punch you in the spleen (through your monitor - I'm awesome like that). However, the spleen punchees would be correct, there are only 23 pages. The 24th is supposed to be the cover, but I really can't be arsed (technically you're only supposed to have 22 content pages, the other two being cover and back cover, so instead of a cover you get ONE EXTRA PAGE).

I'll put the whole thing up on deviant art so it can be read in order without having to go through all the blog posts.
Watch this space.
WATCH IT GODDAMNIT.

HERE.
Now you can read with the arrow keys. Aaaaaaaw yeah. We rollin.
at 2:05 PM No comments:

Did you think I forgot about this?


Okay yes, I forgot.
The conclusion tomorrow.
I cannot wait to be done with this thing. Half assing things is more effort than I thought it would be. Perhaps I need to train my half assery more. 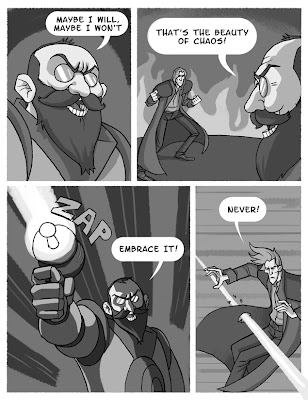 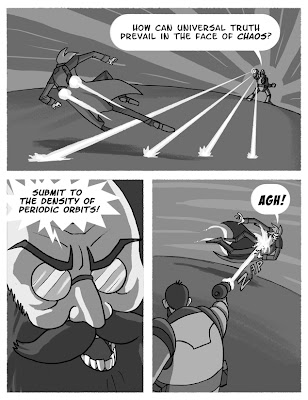 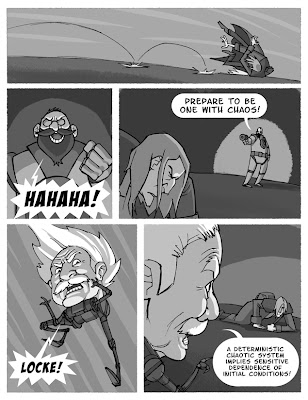 See what I did there? GOOD LORD, MY TITLES ARE AMAZING. GIVE ME A PRIZE.

Funny that, now that I can spend more time on each page, I am less inclined to do so. Besides, consistency is important. That's right, I'm making crappy pages to stay consistent. Uh huh. 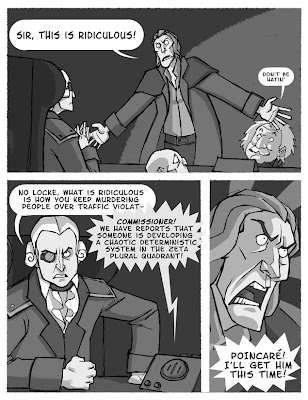 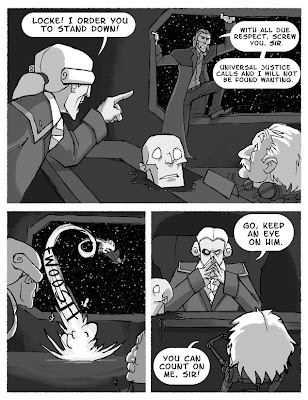 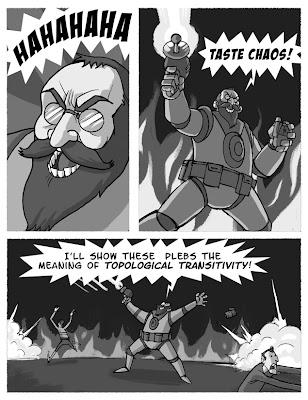 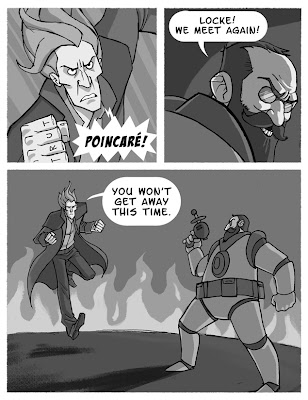 When will the rest come? The Shadow knows. But then the Shadow knows everything. Doesn't share though. Jerk.
at 9:44 PM No comments:

This is the last page I got done just now, and the 24 hours are up.
Onoes. 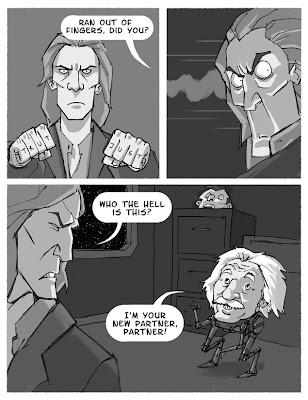 Here's all that's left to do. SPOILERS! I guess. Even though there is no text and whatever you imagine it is is not nearly as moronic as what I actually wrote, trust me. I spent like the first three hours working on making it extra stupid. This is professional stupidity folks.

Also you can't really see shit because I draw super light and the scanner doesn't like the blue pencil (which is kind of why I use it. My scanner is an asshole and anything that makes it uncomfortable is fine by me).

Finish later.
Now coffee.
Lots and lots of coffee.
at 10:02 AM No comments:

Boom.
Okay, now only 12 more pages to go.
And about two hours to do them in.
WEEEEEEEEEEE. 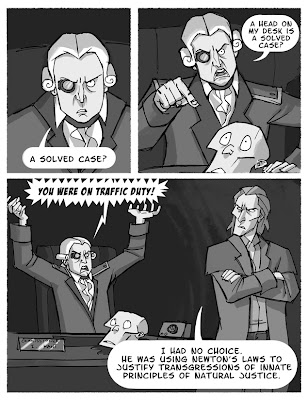 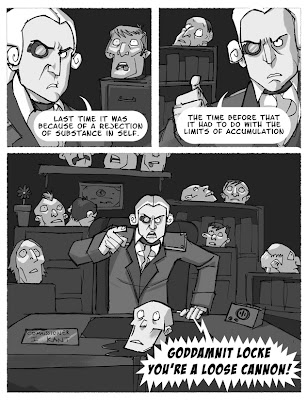 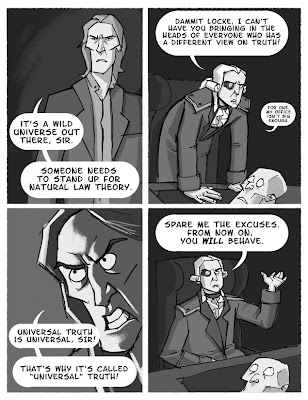 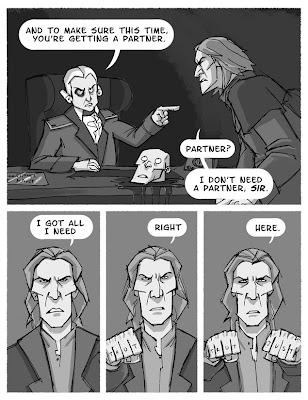 Oh well.
I tried.
Maybe I'll be able to get one or two more done before the bell tolls.
at 8:03 AM No comments:

I AM NOT GOING TO MAKE IT.
OH GOD. 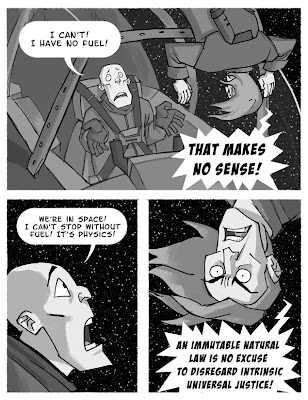 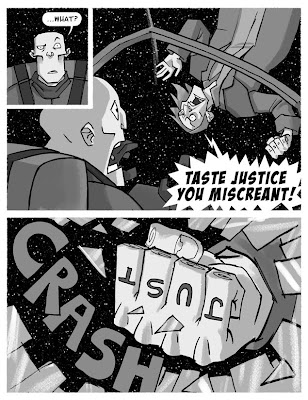 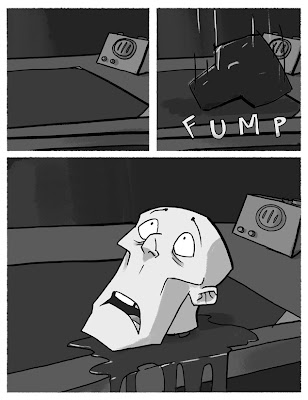 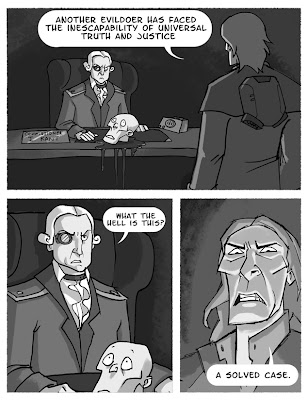 So apparently this thing started at 14h in brussels... Which is I don't know what time, but definitely nowhere near the time I woke up at.

I'm still trying it on my own 24h schedule though. Right now, 12 hours to go, and I'm pretty sure I'm going to fail miserably, but DOG GONE IT, I AM GOING OUT SWINGIN

The topic was this huge block of text.

“Whether there be any such moral principles, wherein all men do agree, I appeal to any who have been but moderately conversant in the history of mankind, and looked abroad beyond the smoke of their own chimneys. Where is that practical truth that is universally received, without doubt or question, as it must be if innate? JUSTICE, and keeping of contracts, is that which most men seem to agree in. This is a principle which is thought to extend itself to the dens of thieves, and the confederacies of the greatest villains; and they who have gone furthest towards the putting off of humanity itself, keep faith and rules of justice one with another. I grant that outlaws themselves do this one amongst another: but it is without receiving these as the innate laws of nature. They practise them as rules of convenience within their own communities: but it is impossible to conceive that he embraces justice as a practical principle who acts fairly with his fellow-highwayman, and at the same time plunders or kills the next honest man he meets with Justice and truth are the common ties of society; and therefore even outlaws and robbers, who break with all the world besides, must keep faith and rules of equity amongst themselves; or else they cannot hold together. But will any one say, that those that live by fraud or rapine have innate principles of truth and justice which they allow and assent to?”


So I give you, the first four pages of... JOHN LOCKE: UNIVERSAL JUSTICAR. 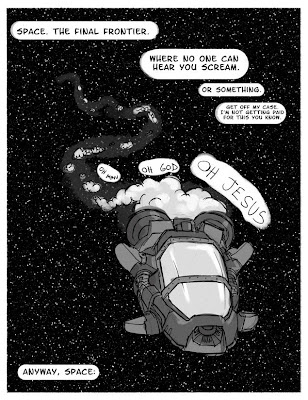 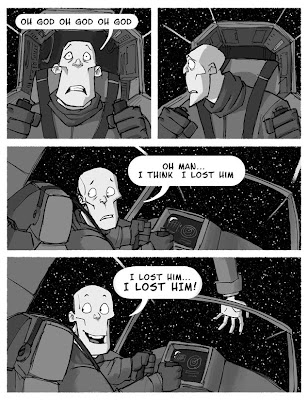 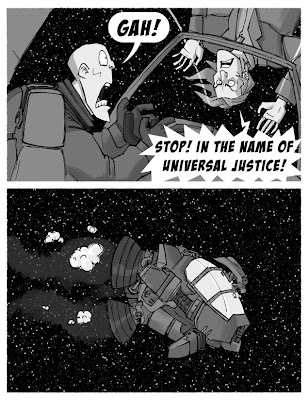 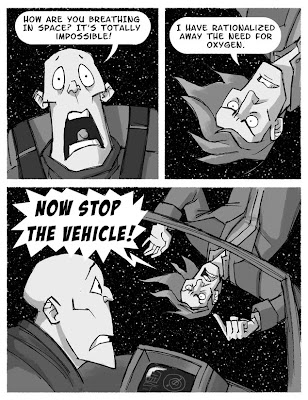 Hey, technically, I am totally on topic.

Man, it's going to be a loooooooooong night.
at 9:54 PM No comments:

OH GOD WHAT IS GOING ON.
MORE ANIMATION.
OH CRAP.

Look at that horrible horrible head.
It is not getting fixed you know.
NONE OF IT IS.
L:JASD:LJDASL:J:LFHDFK:LDHLKSDHFDSLKFHDSKFLHSAD:LHGAF
at 6:35 PM No comments:


Yes, comics will be back soonish.
The code wizard is magicking the website as we speak.
at 12:47 PM No comments: